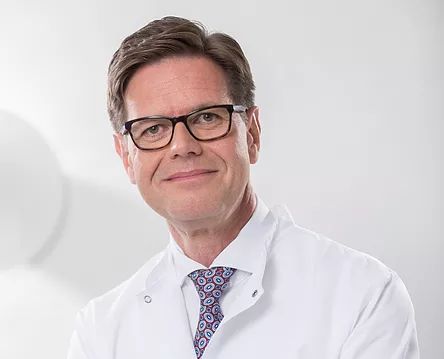 Over the past 15 years, I have held management positions at various clinics, including seven years as head physician, most recently at the Helios Clinic in Munich-Perlach.

I am the father of two grown-up daughters, enjoy golfing, sailing and hunting, and have a fondness for the Bavarian way of life and regional cuisine. I am also a member of the Bavarian Mountain Rifles.

2000
Recognition as Fellow of European Board of Surgery Coloproctology, Versailles / France

1994
PhD at the Medical Faculty of the Ruhr University Bochum